Should I watch TV or read literature on public management, politics and governance? This choice seems to be getting harder every week, what with new TV shows popping up at an increasing rate. Not to mention the risk of becoming addicted – the term ‘binge watching’ has not entered our vocabulary with the rise of Netflix series for nothing. My recommendation? Do both, watch the TV shows, and read the literature. That will not only enhance the experience of watching shows, but will also give you a competitive edge in classroom or informal kitchen discussions.

Here’s a first ‘watching list’ for public administration and bureaucratic politics – topics that don’t normally knock the socks off students but may pleasantly surprise you:

Of course, House of Cards (2013-) and Homeland (2011-) are still at the top of any politics buffs’ viewing list, with new seasons being eagerly awaited. For us Berliners it is particularly interesting to see how our city is represented in Homeland in the first episodes that are now being released. For both shows, you will find a number of recommendations on the internet, with Machiavelli or contemporary adaptations making it to the top of the list for House of Cards. In my opinion, HoC should be seen as an introduction to American politics and in addition to essential readings on how Congress works, I would recommend checking David E. Lewis’ ‘The Politics of Presidential Appointments: Political Control and Bureaucratic Performance’ (Princeton University Press, 2008) to put President Underwood’s ‘America Works’ programme and his dealings with FEMA (the disaster relieve agency) into context. And, while you are at it, consult Hugh Heclo’s classic ‘A Government of Strangers: Executive Politics in Washington’ (Brookings Institution Press, 1977) for a better understanding of the exceptionalism of the US civil service system. For an analytical take on bureaucratic politics within the so-called ‘intelligence community’, J.Q. Wilson’s Bureaucracy should be consulted repeatedly.

The BBC’s ‘Yes, Minister’ (1980-1988) is essential viewing for anyone occupied with the study of public administration. Today in particular, it is fascinating to see how much the world of Whitehall government has changed, not only in terms of the language but also in the power relation between politicians and bureaucrats, as well as in the role special advisors or spin doctors play in bringing about these changes. The ideal way to study these changes is to combine ‘Yes, Minister’ with ‘The Thick of It’ (2005-2012), which many insiders consider a realistic representation of the Whitehall world of the new millennium (although this may be hard to believe). The perfect literature to go along with a marathon-session watching Britain’s Whitehall government in action is Christopher Hood and Martin Lodge’s ‘The Politics of Public Service Bargains’ (Oxford University Press, 2006). The book provides a unique way of analysing the changes in the relationship between politicians and bureaucrats, not only for the UK but also elsewhere (Germany, among others). An observant viewer might detect that some of the strategies for cheating and blame management highlighted in the book also pop up in the show, especially in the relationship between politicians and bureaucrats (and also vice versa).

Spin doctors, power games, political infighting and campaigns are also the key ingredients of Borgen (2010-2013) – the Danish TV show about politics. I highly recommend it not only because of its quality, but also because it provides one with a distinct continental European and Scandinavian take on politics. Politics is less about single leaders and much more about coalition building and compromise. Don’t worry – far from being boring, the series portrays more than enough drama in the kingdom. A key starting point for reminding ourselves about the basic differences between majoritarian and consensus democracies is Arend Lijphart’s ‘Patterns of Democracy’ (2nd edition, 2012, Yale University Press). While the show is essentially about politics, I would suggest one take it as an opportunity to engage with the (myth of) the political and administrative culture specific to Scandinavian countries – and the style of scholarship that has developed in studying these systems. This style stresses the role of (informal) institutions, appropriate behaviour (rather than rational choice), and cooperation and collaboration. In Borgen, bureaucrats are not among the main cast and the smooth functioning of the administrative machinery populated by political eunuchs is a given, rather than a main aspect of the show. The ideal text to familiarise yourself with the Scandinavian administrative culture – and the style of scholarship stressing ‘appropriate behaviour’ rather than strategic action, the role of informal institutions and the political nature of organisation – is Werner Jann’s Die skandinavische Schule der Verwaltungswissenschaft: Neo-Institutionalismus und die Renaissance der Bürokratie (Politische Vierteljahresschrift (2006) Special Issue 37, 121-148). It is unfortunately not available in English (@Werner, if you are reading this, could you possibly write an updated English version for us?). An insightful look into the Scandinavian style of scholarship is Nils Brunsson’s ‘The Organization of Hypocrisy: Talk, Decisions and Actions in Organizations’ (John Wiley & Sons, 1992).

The TV shows discussed so far give you a neat comparative government perspective (and many more shows that capture US politics could be mentioned, such as The West Wing (1999-2006), Scandal (2012-) and The Newsroom (2012-2014), for the media perspective. Public administration is also, if not mainly, about what happens at the coalface of policy, at the delivery end. House, M.D. (2004) might not be the first choice for those looking for TV shows exploring service delivery and street-level bureaucrats – although hospitals are public service institutions too. But, it is far more interesting to look at House’s leadership style from a public management perspective. His cynicism and confrontational behaviour are a way to avoid groupthink in decision-making and exploit the wisdom of a (small) crowd. Constantly contradicting others and nurturing conflict is not merely the habit of a cynic, but a problem-solving technique. Note how in the tournament for filling positions in his team House keeps selection criteria for recruitment non-transparent to avoid candidates preparing according to pre-set criteria. All these are ingredients for a recipe of public management according to a ‘fatalist’ style – one of the four styles that Christopher Hood explores in his seminal book ‘The Art of the State’ (Oxford University Press, 2000). The book helps us to understand the rationale of that style – and also why it needs a ‘hierarchist’ (Cuddy) and an ‘egalitarian’ (Wilson) for this approach to work in the hospital context – and why this mixture still leads to endless conflicts. For a discussion on how to generate ‘clumsy solutions’, i.e. those that combine different cultural ways of doing things and are therefore all but ‘elegant’ yet possibly better suited for dealing with complex problems, see the paper by Steven Ney and Marco Verweij ‘Messy Institutions for Wicked Problems: How to Generate Clumsy Solutions’ (available at SSRN 2382191).

Orange is the New Black (2013-) – a Netflix TV show about a women’s prison – is excellent material for studying the coping strategies of street-level bureaucrats (prison guards in this case) working in difficult conditions – dealing with scare resources, bureaucratic and contradictory rules, opportunistic leaders, hostile clients etc. Combined with Wilson’s Bureaucracy, Michael Lipsky’s Street-Level Bureaucracy (Russell Sage Foundation, 1979) gives you an excellent understanding of the behavioural patterns displayed by guards and wardens. John J. DiIulio’s ‘Governing Prisons’ (Free Press, 1990) and Ann Chih Lin’s ‘Reform in the Making’ (Princeton University Press, 2000) are recommended for those who want to learn more about prison management. Also, David Skarbek’s ‘The Social Order in the Underworld’ (Oxford University Press, 2014) provides you with an excellent analysis of how prison gangs work from an economic perspective.

While the 3rd season of Orange is the New Black was possibly not the strongest, it presents elements of New Public Management (privatisation in this case), which are likewise a reason to watch The Wire (2002-2008) and consult the relevant literature on performance management and gaming (for example Hood’s paper on Gaming in a Target World, as well as Wilson’s Bureaucracy). While the show puts an emphasis on law enforcement, it also portrays different local institutions – drug enforcement, city administration, schools – and how variations of performance measures are used and misused: crime stats, arrest reports and test scores, and how these are used in bureaucratic politics in the context of the city of Baltimore.

The selection presented here is of course very personal and biased, and many more examples could have been mentioned. In particular, there are numerous political dramas set in the US context. So, please send me your suggestions regarding which series should really be watched – but only if you have the academic reading to match. 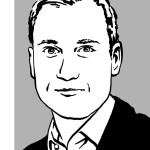 Kai Wegrich teaches Public Administration and Public Policy at the Hertie School of Governance. He is a political scientist with degrees from the Free University Berlin and Potsdam University. Prior to the Hertie School, Wegrich held positions at Humboldt University Berlin, the RAND Corporation (Berlin and Cambridge) and the London School of Economics. Kai Wegrich is European Editor of Public Administration and co-editor of the book series on ‘Executive Politics & Governance’ (with Palgrave).