Non-Tariffs Measures (NTMs) have become relevant instruments of protection in countries that have traditionally protected specific economic sectors from international trade. This recent development is a result of the reduction or elimination of import tariffs due to the adoption of the provisions established by the World Trade Organization (WTO) or by the signature of bilateral or regional trade agreements. The increase in the adoption of NTMs over the past five years shows that the targeted scenario of free flow of goods within the principles of the WTO is far from being achieved.

Although the adoption of NTMs is legal within the WTO framework, with incorrect implementation, often influenced by local interests, these measures become Non-Tariff Barriers (NTBs). Non-Tariff Barriers are receiving growing attention from different actors due to their important economic implications in trade. The cost of protection achieved by NTBs in terms of trade flow, international resource allocation, and productivity efficiency can be high. In fact, NTBs are usually more trade-restrictive and distorting than tariffs, not least because they are less transparent in their price effects (OECD. Looking Beyond Tariff, 2005).

Non-tariff measures (NTMs) are generally defined as policy measures other than ordinary customs tariffs that can potentially have an economic effect on international trade in goods, changing quantities traded, or prices or both. (UNCTAD/DITC/TAB/2012/1). The classification comprises technical and non-technical measures, such a s sanitary and phytosanitary measures (SPS), technical barriers to trade (TBT), environmental protection measures, and other means of traditionally used commercial policy instruments such as quotas, price controls, exports restrictions, contingent trade protective measures, as well as other behind-the-border measures like trade-related competition laws and investment measures, government procurement or distribution restrictions.

NTBs are unjustified and/or are improper applications of Non-Tariff Measures (NTMs). They include different measures taken by governments and authorities in the form of government laws, regulations, policies, conditions, restrictions or specific requirements, and private sector business practices, or prohibitions that protect the domestic industries from foreign competition. Their common feature is that they make import or export of products more burdensome and/or costly and additionally, they are not in accordance with the WTO procedures. In Latin America the adoption of NTBs has increased considerably and is reflected in the number of specific trade concerns (STC) presented by other countries in the TBT and SPS Comities, as well as the constitution of panels to resolve controversies regarding other NTBs at the WTO.

In January 2013 Ecuador’s President, Rafael Correa, publicly announced his intention to modify the industrial production matrix of Ecuador with the objective of encouraging growth and the development of new productive sectors to counter the growing trade deficit (about USD 7.3 billion in 2013). Although local industry and experts positively received this announcement, the reality of Ecuador’s economy was quite different from the economic indicators, especially fiscal budget and balance of payments, which showed troubling figures that forced the Ecuadorian government to take measures so as to prevent capital flight and to protect dollarisation.

“The targeted scenario of free flow of goods within the principles of the WTO is far from being achieved.”

These measures translated into the enactment of around 250 technical regulations, sanitary and phytosanitary requirements and conformity assessment procedures for strategic industrial sectors. The TBT and SPS Comities of the WTO had never seen the issuance of commercial regulations at such a scale and in such a short period of time. International producers  had to comply with these new regulations immediately, local producers had an 18-month transition period, contrary to the non-discrimination principle of the WTO. Additionally, the measures where not previously notified to the WTO, and thereby in violation of the provisions of the TBT and SPS Agreements. After implementing these measures, international producers could not export their products to Ecuador given the impossibility of complying with the new technical requirements. For example, all the plastic containers that were in contact with food had to run tests at an accredited Ecuadorian laboratory, despite no facilities existing in Ecuador to carry out these tests. The government also required all products subject to mandatory labeling to be inspected in port by a certification body accredited by the Accreditation Body of Ecuador (OAE), though at the date of the regulation coming into effect there was no certification body that could perform this activity.

Six months after these measures were adopted, the government had to modify several of its technical regulations because of the shortage of products in the market resulting from the lack of laboratory infrastructure and certification bodies in Ecuador. These new amendments allowed importers to use a first-party declaration (suppliers declaration) to certify the compliance of their products with the mandatory requirements. This was completely different from the original conformity assessment requirement, which had established that only third-party declarations from certified bodies in Ecuador would be accepted. Furthermore, in June 2014 the General Secretariat of the Andean Community of Nations (CAN) issued a Resolution condemning the new regulations as trade restrictive.

The continuous changes in the conformity assessment procedures of the technical regulations—since their issuing in the second semester of 2013—show clearly how a public policy can generate unwanted affects. NTMs were not designed to correct macroeconomic problems and the measures taken by Ecuador had unintended consequences in correcting their current trade deficit and only resulted in unnecessary costs to international trade.

On August 22, 2014, a WTO settlement panel published its final decision against Argentina, after receiving joined complaints from the EU, the US and Japan about import restrictions by the Argentinean government, stating that the trade policies enacted by current President Cristina Fernández de Kirchner’s cabinet violate international law.

Since 2008, the government has in fact extended the list of goods subject to import licensing, including 600 different commodities such as laptops, autos, chemicals and textiles. The EU, the US and Japan reported that, as a consequence, many companies experienced delays in approval procedures that ultimately resulted in trade restrictions and distortions. The WTO recognised these duties as non-automatic import licensing and judged them to be more burdensome than necessary, ultimately sanctioning these measures as contrary to international trade rules.

“The desirability of free trade is today widely established both in advanced and emerging countries, but this consensus is called into question when local economies are under stress.”

Import Licensing is however only the first of a number of protectionist measures taken by the Argentinean government in recent years. In 2012, a new regulation was put into effect requiring pre-registration and direct consent from the ministry. Since then, importers that intend to market these products are required to submit a sworn statement (“Declaración Jurada Anticipada de Importación”) and must await appropriate government approval. This system operates as a de facto restricting mechanism and appears to be part of a deliberate policy of “trade balancing:” many companies received telephone calls directly from government officials, requiring them to compensate their imports by agreeing to export products of equal or higher value. These allegations—although not supported by any explicit formal directive—are backed by press releases and statements to the media, in which high-ranking officials announced a “trade balancing” policy in order to sustain the balance of payments.

At the root of this protectionist turn is the economic policy undertaken by Kirchner’s cabinet: After the sovereign default in 2002, the Argentinean government has neither been able to access the international financial market nor to adopt unpopular fiscal adjustments. The public budget balance has steadily deteriorated, pushing Buenos Aires to find alternative ways to finance the rising deficit. The government turned to the central bank, forcing it to buy treasury bonds and to monetise the deficit. As a consequence, inflation has taken root and quickly accelerated (independent estimates report a 30 per cent price increase in a year) despite the efforts of the officials to falsify the national statistics.

Attempting to protect their savings, the public has sought refuge in the dollar, hoarding the American currency while the government imposed strict measures to prevent the outflow of foreign-exchange reserves. This trade balancing policy can be seen as an emergency solution to stop the hemorrhage of currency and at the same time as a protectionist reaction to the steady deterioration of national competitiveness. In summary, the government is passing the consequences of its economic measures to its trade partners, attempting to distort international trade in order to mitigate its internal problems.

As is often the case, trade barriers in Ecuador and Argentina reflect internal weaknesses of their respective economies, and serve as attempts of their governments to cope with contradicting domestic and external goals. In the case of Ecuador, we see a “standard” protectionist turn in order to protect domestic industries from international competition and to restore its balance of payments. The Argentinean experience, on the other hand, shows how governments are inclined to translate the costs of their economic policies to their trade partners.

Developments like these are indeed not a novelty in international trade, but it is noteworthy that, in the current context of a globalised world and liberalised trade flows, protectionist measures tend to take the shape of Non-Tariff Barriers. The desirability of free trade is today widely established both in advanced and emerging countries, but this consensus is called into question when local economies are under stress. The binding agreements of WTO prevent them from explicitly enacting duties and customs and as a consequence local governments tend to adopt trade-restricting policies concealed as health or environment regulations in order to seek legitimacy from trade partners.

Thus proving that such measures are actually NTBs is particularly demanding for WTO panels. Litigations are likely to intensify and they will pose serious risks to the effectiveness of free-trade agreements as a safeguard against protectionist measures. On the one hand this will require a new legal framework that will enable to fight abuses from governments and on the other, these developments underline the severity of new threats facing emerging countries, that is in an increasingly integrated world economy, the only sustainable way to take on the competition coming from new markets (China in primis) is to improve economic governance and respond to the new challenges with stronger, efficient economies. Defensive policies such as Non-Tariff barriers may seem useful in t he short t erm, but in the long term t hey would result in weaker and dysfunctional economies unable to successfully compete in the globalised world. 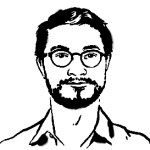 Luis Felipe Torres is a MPP student at Hertie School of Governance. He holds a LL.B and a B.A. in Political Science from the Andes University in Bogotá, Colombia. He was the Director of Regulation at the Ministry of Trade, Industry and Tourism of Colombia and official representative before the Trade Barriers to Trade Committee of the World Trade Organization. 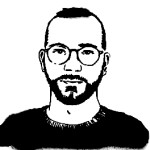 Fabio Tamburrini is a first year MPP student at the Hertie School of Governance. He holds a B.A. in History and Philosophy from the University of Rome and a B.A. in Economics from the University of Bologna. He has worked as a journalist and has been member of Progré, an organisation active in the field of immigration policy and prison overcrowding.

This article originally appeared in the “Walls” Edition of Schlossplatz3 in Winter 2014. From 2006 to 2014 Schlossplatz3 was the official student magazine of the Hertie School of Governance.