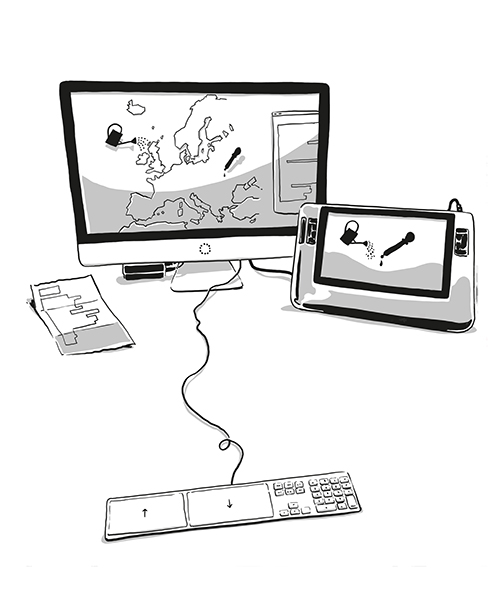 In the past few years the idea of opening traditional practices of government to its citizens has played an increasingly dominant role in politics and election campaigns. The hope is to allow citizens to play a more active role in what goes on within their government. But can it create a change in public management or a shift in how governments, business and citizens communicate with each other?

The Organisation for Economic Co-operation and Development (OECD) defines Open Government as “the transparency of government actions, the accessibility of government services and information and the responsiveness of government to new ideas, demands and needs”. Some recent technological developments, especially in the field social media, are creating a new platform for governments and their citizens to interact. This is not to say we live in a technologically determined world, but rather that these new inventions can increase both the scope and scale on which citizens and governments interact.

In regard to Open Government (OpenGov) the sharing of information is not necessarily a new one, but the process in which we do and how we strategise about it is. This creates a change in how we need to look at it in modern times: our Information Age. Aristotle once wrote: “If liberty and equality, as is thought by some, are chiefly to be found in democracy, they will be best attained when all persons alike share in government to the utmost”. The Greeks may have had a different concept of democracy compared to ours today; however, words such as these demonstrate that ideas of a participatory and transparent government have been around for over two millennia.

Perhaps a more modern example might be helpful to illustrate this point. Lawrence Lessig, a leading academic in the field of cyberspace, recently noted, “code is law”. For him, this double entendre was a reference to both the code written by programmers, as well as the code written by statutory lawyers, who could be viewed as instrumental for regulation, or as he put it “social control”. Following Lawrence Lessig, who better then to shine some light on this code than one

of the most prolific lawyers and even greater political theorists of the Enlightenment, Thomas Jefferson? As of late some important authors on OpenGov have used him to explain the relation of OpenGov and cyberspace, including Tim O’Reilly and David G. Post. Jefferson once wrote the way to have good and safe government is not to trust it all to one, but to divide it among the many, distributing to every one: “Where every m an i s a sharer i n t he d irection o f h is w ardrepublic, or of some of the higher ones, and feels that he is a participator in the government of affairs, not merely at an election one day in the year, but every day”. Few can argue that Jefferson’s view of democracy isn’t relevant for us today. But should we just be looking the democratic relevance? The simple answer is no. Rather than just explaining the democratic aspects, we should also examine the implications such a statement might have on public management as a whole.

Technology is changing the way the public, private and civil society engage. Failing to see the need for public management change and reform of current governance (and potentially government) could be a critical mistake. Historically, this has been the case. A pertinent example is that of Louis XVI. Instead of hearing the famous proclamation “le Roi est mort, vive le Roi!” (The King is dead, long live the King!), the king’s legacy will be remembered as him being the only French king to have been executed by his own citizens.

It is no coincidence that Patrick Dunleavy, a renowned professor at the London School of Economics (LSE), co-authored a seminal article in 2005 with the title “New Public Management Is Dead—Long Live Digital-Era Governance”, in which he and his colleagues describe a range of advances in information technology that will be critical for the current and next wave of reform. Their focus is on themes of reintegration, needs-based holism, and digitization changes. Even communication itself has dramatically changed, leading from one- and two-way communication to multi-dimensional communication, or as has been pointed out in recent years, from mass-communication (one-to-many) to social media (many-to-many). Due to the development of social media and networks, there has been a major paradigm shift in the way we communicate, which has not only affected political communication but also public management in its entirety (digital era governance, DEG). OpenGov is only slowly gaining momentum in academic literature, due to the increased use of information and communication technologies (ICTs), in particular the convergence of audio-visual devices with computers and their networks. It would be wrong though to assume that this is simply an ICT movement. As of late, the agenda setting of OpenGov projects has slowly left the realm of hackers, technocrats and media to become a more widely discussed phenomenon. This was highlighted through the release of President Obama’s White House Memorandum on Open Government in 2009, emphasizing transparency to promote accountability, participation to strengthen decisions, and collaboration to enable the help of others, and the current international trend of countries joining the Open Government Partnership (OGP), a new international initiative aimed at securing concrete commitments from governments.

In other words, it has made new communication platforms into a political reality, one that demands greater attention in the current academic literature. It is unlikely that new forms of OpenGov will result in a novel form of government, such as the Westernised version of the Soviet ????????? (glasnost). However, it is possible that it could change the way government, as we know it, functions. The ramifications of this are immense, since this would mean OpenGov could be perceived as new a management approach towards governing. There is a reasonable possibility the real added value is generated in that area, and could change the classical tools we have been taught in the past to open policy and project cycles, as well as value chains and many other instruments in the kit of today’s managers.

It would be wrong though to assume that this is simply an ICT movement.

So how should one implement those three aforementioned principles of transparency, participation, and collaboration? First, by applying Dashboards on websites, interlinking the data with metasites, and making use of Open Data for evaluation purposes, one can create transparency and thus promote accountability. Second, participation can be achieved through using the whole array of Web 2.0, in other words particular social media such as Facebook, YouTube, Twitter and other services. It is important to note here that actors, in particular stakeholders, do need to interact with each other, otherwise this method of communicating will end up being pretty one-sided, thus rendering it a publicity stunt with no real added value.

Furthermore having Wikis and blogs, as well as community summits and workshops help to engage the public, thus strengthening overall decision-making, allowing for new agenda setters, as well as outside consultants for policy formulation. Last, but not least there is collaboration. It might be viewed as the trickiest of them all, due to the perceived technical backgrounds people sometimes require. It enables the help of others through co-production during the implementation stage. Famous examples include the use of Open Source, as well as competitions for new applications (APPS), and hackathons. The focus here should lie on co-production though, and not just limit itself through technical requirements. Rather attention needs to be put on generating ideas and concepts, thus not limiting it to ICT experts.

This giant named OpenGov is not new in itself, but the age we live in is. The availability, velocity and impact of today’s information is unique in human history, thus allowing us to make something special out of it that Aristotle, Jefferson and others simply could not have conceived of during their lifetimes. Can we call OpenGov a new form (or species) of government, as Jefferson did when describing his findings on a set of bones he once presented at the American Philosophical Society? No, but it nevertheless remains a Megalonyx—an important discovery, which has yet to be clearly understood. It has already changed the way we govern through developments such as Open Source Governance, the philosophies of the open source and open content movements and democratic principles that seek to enable any interested citizen to add to the creation of policy. Following the lead of great minds such as Jefferson, it is likely that these developments will result in changes in public management and influence the paradigm shift in communication. 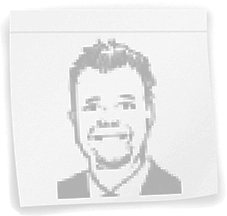 Eric N. de Vries is a graduate of the Hertie School of Governance. Previously, he received two Bachelor degrees from Florida State University ( FSU ) in German Literature and International Affairs with a focus in European Studies and a Minor in Political Philosophy.

This article originally appeared in the “Information (Age)” Edition of Schlossplatz3 in Spring 2012. From 2006 to 2014 Schlossplatz3 was the official student magazine of the Hertie School of Governance.