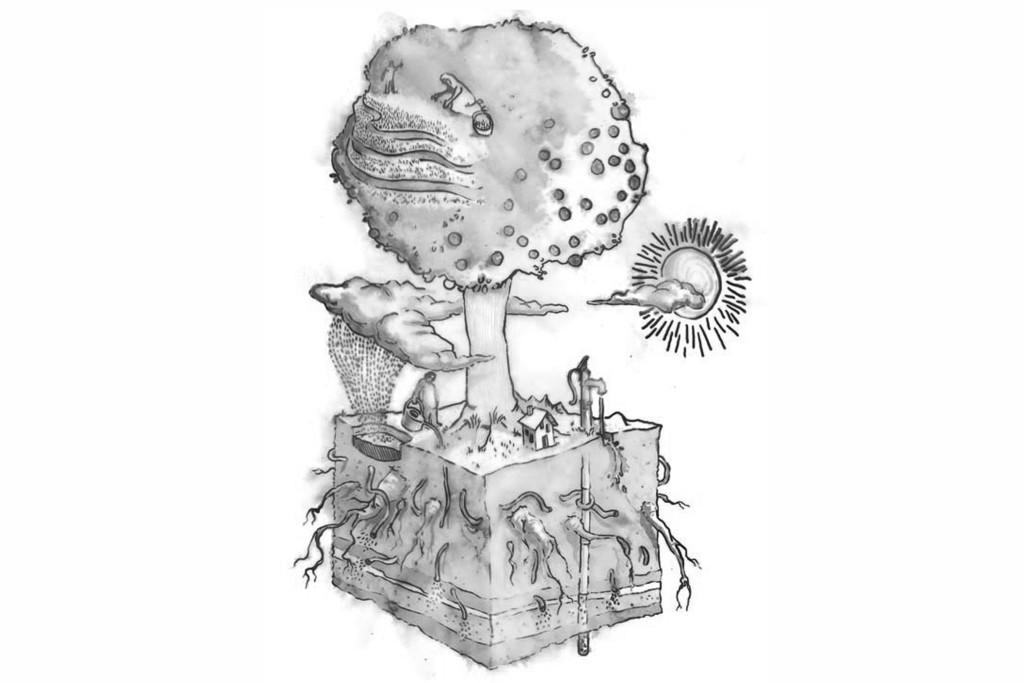 The large-scale infrastructure approach to water supply has consistently failed to achieve its objectives in low-income countries. Peter Bossard argues that small-scale water projects can reduce poverty more effectively, and at a lower cost.

In March 2009, 15 thousand water experts from 150 countries will meet in Istanbul for the 5th World Water Forum. They will face a huge challenge: Worldwide, 1.1 billion people do not have access to safe drinking water. More than 2 million children die from dirty water and inadequate sanitation each year. The high-level World Commission on Water has warned that half of the world’s population will suffer from severe water stress by 2025.

The international water establishment’s response to this challenge can be summarised as “Big Is Beautiful.” Governments, industry and the World Bank have so far attempted to expand global water supply by investing in large dams, canals and irrigation systems. In the last fifty years, they have built more than 40 thousand large dams at a cost of approximately $20 billion per year. In countries such as Ghana, Paraguay, Zambia and Zimbabwe, large dams were built in an effort to transform and modernise whole economies.

The “Big Is Beautiful” approach has a modest track record.

The “Big Is Beautiful” approach has a modest track record. Modern irrigation systems help produce approximately one third of the world’s food supply. Hydropower dams generate roughly one fifth of the world’s electric power. Simultaneously, such projects have caused massive social and environmental col­lateral damage. According to the independent World Commission on Dams, an estimated 40 to 80 million people have been forced off their lands because of dam construction. Dams have also fractured river systems such that today freshwater habitats are the ecosystems with the highest threatened species rate.

Bureaucrats, the dam industry and the World Bank seem to take the World Commission on Water’s “gloomy arithmetics of water” as a mandate to build more large dams and irrigation projects. The Turkish government, one of the world’s most active dam build­ers, will try to push this message at the World Water Forum in Istanbul. Yet, while large, top-down water infrastructure has brought services to the middle classes, it has consistently failed the poor.

Centralised water projects primarily target farmers on the most fertile soils, industry and urban popula­tions. Yet, the majority of the world’s poor do not live in cities and fertile floodplains. As the UN Millen­nium Project states, the “epicentre of extreme poverty” lies among the more than 500 million small farming families. Most of these families are not connected to modern irrigation, piped water supply, or the electric grid. They miss out in centralised water development projects. “The scarcity at the heart of the global water crisis,” the UN Development Programme argues in its 2006 Human Development Report, “is rooted in power, poverty and inequality, not in physical availability.” The UN Millennium Development Goals aim to halve global poverty by 2015. Global water policy needs to be fundamentally revised if these goals are to be attained. Small farmers, who produce two thirds of the world’s food on rain-fed lands, must be brought to the centre of global water policy. They need support for decentralised water storage, the sustainable use of groundwater, and the development of affordable, low-tech irrigation systems.

The World Bank claims that most “cheap and easy options” in the water sector have already been exploited and that new efforts to build high-risk proj­ects such as large dams are needed instead. Nothing could be farther from the truth. There exists a wide variety of proven, feasible and affordable low-tech solutions to improve the access of the poor to water.

In Rajasthan, an arid state in Northern India, the Tarun Bharat Sangh social movement is building thousands of small reservoirs to harvest the region’s rare rainfalls. The reservoirs serve agriculture and recharge groundwater at the same time. As a conse­quence, three rivers which previously ran dry have become perennial again.

International Development Enterprises (IDE), a research and development group has devised cheap treadle pumps which allow millions of small farm­ers to harness groundwater for the irrigation of their plots. IDE has also developed an affordable system of drip irrigation, a method which delivers water directly to the root zones, boosts yields and saves half the water in the process.

Farmers in more than thirty countries are also experi­menting with a new way of planting rice, in which the seedlings are not permanently covered with water. This new method requires more work, but less seeds, water and chemical inputs, and produces more abun­dant harvests.

Rainwater harvesting and treadle pumps, drip irriga­tion and rice intensification combine traditional and new forms of technology. What these approaches have in common is that they are labour intensive and cheap. The treadle pumps cost $25 and the drip irrigation kits a mere $3 for a small plot. Manufacturing water-efficient rice does not require imported goods, but instead creates local jobs. External support is primar­ily needed for the development of further appropriate techniques, and for promoting them in remote rural areas.

Small farmers must be brought to the centre of global water policy.

Based on his experience in many countries, Paul Polak of IDE estimates that an investment of $20 billion in appropriate water technologies for small farmers could lift 100 million poor families out of poverty by 2015. The high-tech approach is much more expensive. In Rajasthan, supplying water costs $2 per person with local reservoirs, and approximately $200 per person through the ominous Sardar Sarovar Dam. Irrigating a hectare of land costs $3,800 through the Sardar Sarovar Project, and $120 through treadle pumps. Yet governments and financial institutions have so far mostly ignored the low-cost solutions.

Decentralised, low-cost approaches to water supply are commercially and politically less attractive options. They offer few export contracts, political prestige and spoils for corruption. Yet they are an effective means for reducing poverty and can be implemented imme­diately. All that is currently missing for a change in global water policy is political will.

Peter Bossard is the Policy Director of International Rivers, an international environ-mental organisation based in Berkeley, California. He has worked on strengthening the social and environmental standards of governments, financial institutions, and the private sector since the early 1990s. He was closely involved with the World Commission on Dams, and has coordinated campaigns to stop destructive infra­structure projects in many countries. Bossard studied at the universities of Zurich, Minnesota, and the West Indies, and holds a Ph.D. from Zurich University.

This article originally appeared in the “Water” Edition of Schlossplatz3 in Fall 2008. From 2006 to 2014 Schlossplatz3 was the official student magazine of the Hertie School of Governance.