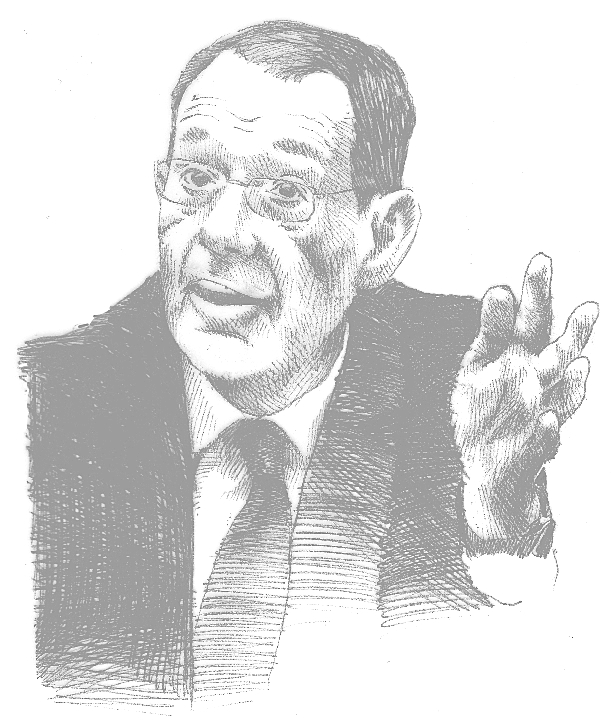 It has been a long way from the defence of Europe to European defence. Did the rejection of the Constitutional Treaty provide a fatal blow to further efforts in defence cooperation? Javier Solana gives his answer to this question by explaining why the European Security and Defence Policy has been most vigorous in the last years and should continue to be so.

In a policy environment where the urgent is always battling with the important, it is easy to lose a sense of perspective. But the rapid progress in the European Security and Defence Policy (ESDP) has been remarkable, even revolutionary. The paradox is that the sensitive nature of security and defence policy should make it the last ‘hold out’ in the progressive development of the EU. But in the past few years, ESDP is probably the area where we have made most progress in the EU.

Without attracting many headlines, European defence has been a great success. This is especially true for an organisation largely set up to abolish foreign policy, in the traditional sense, among the participating states and whose organisational culture was heavily geared towards legal procedures and economic instruments.

By adding what was not there — a set of civilian and military capabilities, new institutions and decision-making mechanisms plus the experience of joint exercises and missions — the EU is now in a position to play a role that matches its responsibilities. In particular, there has been progress in three key areas: Doctrine, operations and capabilities.

For the EU, the defence component has always been part of a broad approach to confronting insecurity and managing crises. This stance fits with the new strategic environment. These days, the biggest threats often arise from frail or failing states and from non-state actors, such as terrorist networks, criminal gangs or Janjaweed-style militias. We have moved beyond clearly demarcated front-lines, with armies facing each other. Instead people are at risk everywhere, including in our own city centres. Of course this is a world of great opportunities for increased freedom and prosperity. But it is also one of globalised insecurity and unpredictable perils. One thing is certain: Europe knows it cannot be an island of peace and tranquillity if we are surrounded by instability and extremism.

Dealing with this dynamic security environment has required a paradigm shift. Because the new threats are diffuse and complex, they defy traditional ways of operating. They call for agile and multi-faceted responses. In principle, the EU has it all: A wide panoply of instruments, an acute awareness of the need to act plus the staying power to remain engaged for the long-term. More than other actors, the EU can bridge the worlds of diplomats, soldiers and development experts. But we have to deliver on our potential, to ensure coherence across policy areas and over time.

In the Balkans and elsewhere, we have learned that there is no simple sequencing of military first and civilians later. The strictly military phase of crisis management is never as short as one thinks or hopes. And the stabilisation and reconstruction efforts are never as civilian as one wishes. Thus we need both civilian and military tools from day one.

ESDP is all about enabling Europeans to address the new security challenges effectively. It is not about militarising the Union. The same principles that were the foundation of the European project still guide us today. But all of us know that to promote peace, law, justice and democracy around the world, we need a Europe that takes its responsibilities seriously and that is willing and able to act.

Operations: The Growing Willingness to Deploy

A shared strategic outlook has been a key component of ESDP’s success. But thankfully it has not been limited to that. It was also the basis for the deployment of several EU missions. At present, the EU is conducting more than ten operations simultaneously, on three continents: In the Balkans, the Caucasus, the Middle East, Africa and Asia. The range of missions is also impressive: From classic peacekeeping in Bosnia, to border control in Moldova and Gaza, to judicial reform and the rule of law in Iraq, to security sector reform in the Democratic Republic of the Congo, to logistical and other support to the African Union in Darfur.

Taken together, these missions highlight the operational value of ESDP. Surely there are more operations to come, for instance in Kosovo next year. The days that European security and defence policy could be dismissed as all talk and no action are long gone. More importantly, these ‘real world’ experiences give us opportunities to integrate the ‘lessons learned’ into our evolving defence planning and doctrine.

Capabilities: Pushing Ahead with Defence Reform

At the moment, European countries have more than 70,000 troops deployed on various peace support missions around the world, in EU and other contexts. These men and women do a fantastic job. But they need the right tools to succeed. Through the Helsinki Headline Goal and the European Capabilities Action Plan (ECAP), we have been working hard to step up the modernisation of European armed forces, especially in the areas of technology, deployability and interoperability. We have made some progress, but clearly more work remains to be done.

All Member States are struggling to maintain their existing levels of commitment. And no one is really keen to take on new tasks. It is striking that Europe has more than 2 million men and women in uniform. But we find it hard to deploy more than 5 per cent of our combined forces — despite the evident need to send more troops to distant trouble spots. So little output — 180 billion Euro per year between us — suggests we are not spending our defence budgets on the right things.

The European Defence Agency has been set up to improve this input-output ratio. In essence, the EDA is about ensuring that we have the tools to do the job, and spend our money on the right things — what tomorrow’s operations will require, not yesterday’s. And it is about the member-states addressing the challenge together. The logic is operational, and it is economic. Europe’s crisis management operations will be multinational, with different national contingents required to work together more closely than ever before. It does not make sense for each contingent to bring along different guns requiring different ammunition, different vehicles requiring different spare parts, and different radios which cannot talk to each other.

Let me turn to some of the tasks that lie ahead. Our future ‘work programme’ is demanding. We will have to address it even if we do not yet have the provisions of the European Constitution. Amongst others it includes:

Overall, we have made extraordinary progress in a short space of time. In many respects, ESDP is the quiet success story of the EU. But there is no room for complacency. The complexity and urgency of today’s security problems mean we must remain both ambitious and creative at same time.

If we do, we can make a real contribution to creating a world which is more secure, more just and more peaceful.

Javier Solana is the High Representative for the Common Foreign and Security Policy and Secretary-General of the Council of the European Union. A physicist by education, he was elected to the Parliament of Spain in 1977 and served as a cabinet minister in the government of Felipe González from 1982 to 1995. In 1995, he became Secretary-General of NATO. During his four-year tenure, Solana headed the reform of NATO’s organisational structure and led the organisation during its intervention in Kosovo. In June 1999, he was appointed to the newly created post as the EU’s High Representative for Foreign and Security Policy. Five years later, his mandate was renewed and he was furthermore appointed the Head of the new European Defence Agency. Mr. Solana is set to become the EU’s first foreign minister when the Constitutional Treaty enters into force.

This article originally appeared in the “Perspectives on the changing nature of security in the 21st century” Edition of Schlossplatz3 in Spring 2007. From 2006 to 2014 Schlossplatz3 was the official student magazine of the Hertie School of Governance.