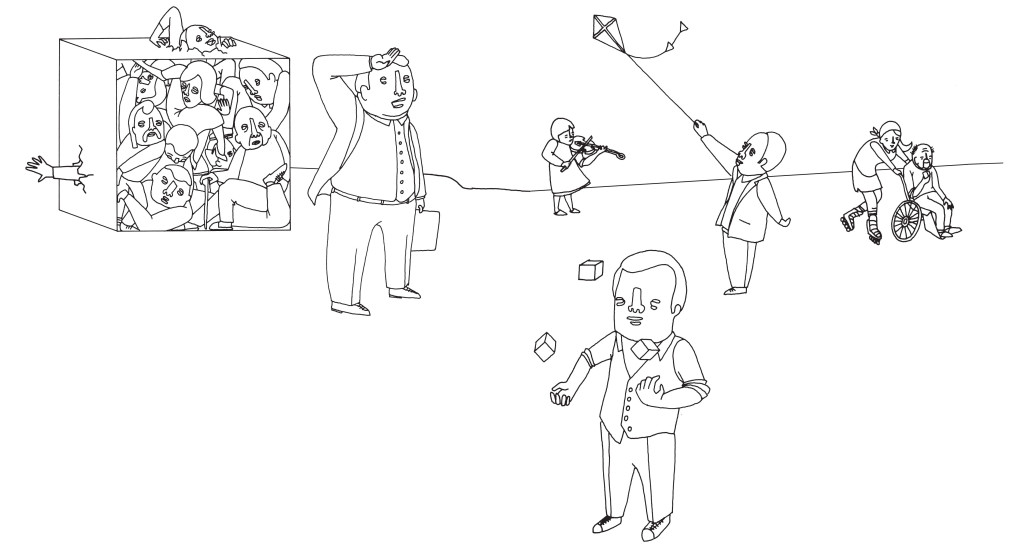 by Götz Werner and André Presse

Today, states encounter severe problems due to demographic change and changing socio-economic structures. Is a reform of the tax-system the new imperative for modern economic policy? Götz Werner and André Presse identify the “basic income” as the ideal means to enable people—and the economy—to become productive and, ultimately, ready for the 21st century.

In agricultural societies, economy takes place mainly in self-suf?ciency. Individuals and families consume what they cultivate and market what is left. In modern economies with a strong division of labour, individuals re highly specialized and actually — in real terms — work for others. At the same time, they rely on the initiative of others to obtain what they need for life.

The German economy, especially in the western states, has enjoyed and unprecedented growth and prosperity in the third quarter of the 20th century but has started to struggle in the fourth. Economic growth in much of the 1950s and 1960s was due to the circumstance, that Germany had been largely destroyed and millions of men been killed during World War II. Such a country, naturally, “has a lot to do”, as the journalist Wolf Lotter once put it. Additionally, the threat of the Soviet Union forced Western Germany to adopt an economic policy that would lead to the prosperity of a wider population. Hence, salaries increased and demand was robust. With increasing automation and division of labour, the configuration of labour in economies like Germany and other so-called developed nations became more of a “Working for Each Other”.

Today, factually almost everybody works — in real terms — almost entirely for others, and at the same time lives from the goods and services produced by others. In other words: we today depend on others and their initiative to a large degree. In such a situation, economic governance wanting to appropriately reflect these changed real economic configurations can no longer tax income and put a burden on individual initiative. Instead, a society must aim to unleash everybody’s full potential in order to maximize the economic well-being of all citizens.

The question arising from this conclusion is of course: what, if not income, should be the appropriate basis for taxation in highly interdependent economies? If initiative—the production of goods and services—is not to be taxed, then the only alternative left for taxation is consumption. This even more so, as all other taxes are finally contained in product prices already today. Neither corporate nor income taxes nor any other tax could be paid if tax payers do not receive money through prices for products and services before.

But what, in a consumption-tax based fiscal system, is the equivalent to the tax exempt amount in an income tax system? One conceivable concept is, for instance, a rechargeable ‘white card’ which could be used for making payments. This card would contain the purchase volume of the current month, and taxation only starts if this set amount is exceeded. But the administrative efforts entailed in such a system would likely be prohibitively more costly than the alternative. In order for the basic needs to be taken care of without taxing them, a fix amount would be paid to every consumer.

We call this amount a Basic Income. The principle of the expected effects and the way to finance it can be explained quickly: through the introduction of a basic income paid to every citizen regardless of any other income—i.e. also to employees—corporations and public employers can reduce wages by that amount. Some companies will use the funds saved to increase

revenues, others for reducing prices. It is evident that those corporations reducing prices will benefit from increased sales, and ultimately other ventures must follow in order not to lose sales.

In effect, a decreasing net price level makes it possible to increase consumption taxes and arrive at the same gross price level as before. Several such steps can lead to a reduction and finally annihilation of all taxes except consumption tax, at stable price levels.

Not only will employers—through the effect of decreasing payroll-costs—be more willing to hire additional staff. If and when individuals are no longer dependent solely on labour income, they will be increasingly willing to work less, e.g. only four days per week, adding further to the receptivity of the labour market and at the same time increasing the freedom of employees to start families, engage in further education, develop a business idea and the like. And more: If a basic income has a level that covers the basic physical and cultural needs, it makes labour market regulations redundant. Wages will finally establish according to supply and demand rather than through monopolistic or oligopolistic market situations we currently face in an over-regulated labour market today.

A basic income also reflects the reality of increased automation making human labour increasingly dispensable. All work that can be done by improved methods and machines will be automated sooner or later. The authors call these fields of labour old labour. The products and services produced in these sectors will continue to be needed and produced, but human
labour will not any more—or at decreasing rates—be required to do so.

On the other hand there are fields of new labour, which cannot be carried out by machines and for which we will observe an increasing demand. Such labour is the labour immediately with the people, whereas old labour always deals with producing goods and services for the people. Fields of new labour include many sectors, from the work of raising children and schooling as well as university education to the care for elderly, sick and or handicapped people.

These sectors also include the cultural sector in its wider definition, the arts as well as science. In all these sectors, economic governance and performance evaluation methods that we observe today in corporations are misplaced and must fail—despite eventual positive short term effects—in the long run, as the results of raising children or the education at schools
and universities do show—with few exceptions—not until one generation later.

Likewise, how would we want to economically measure the quality of caring for elderly and handicapped people? These examples show: in such fields of work, labour cannot be measured by or paid according to a certain output like in the areas of old labour. Work in these sectors can only be financially enabled. All these sectors would substantially benefit from a basic income. Many people today would love to work in these fields, but a notorious lack of funds prevents initiative from taking place. The underfinancing of this decisive future-oriented work has brought developed societies, and Germany in particular, to the verge of social, cultural and political decay.

The under-financing of this decisive future-oriented work has brought developed societies, and Germany in particular, to the verge of social, cultural and political decay

Germany is not only the country with the lowest birthrate on the planet, thereby hampering its prospects for further economic and social growth and prosperity. It is also lacking the funds for culture and social integration, as political and social polarisation and radicalisation at schools and in an increasing number of regions show. The younger and older generations are without perspective, and this influences also the middle generations and make them fear the future and abdicate from having children. A vicious circle. Is this the result of a modern economic policy taking into account the unprecedented levels of productivity and potential wealth? Good economic policy is the best policy against this polarization. But how would such a policy look like?

We believe the basic income to be a cornerstone of such a policy. In combination with the gradual restructuring of the fiscal system—over a period of ten to twenty years—towards a pure consumption tax based system, it ensures the levels of equality and inequality long term economic and cultural prosperity requires. The question leading to this assumption is simple: can we afford to lose people as consumers at the same rate that we currently afford to make them redundant as workers? The answer is likewise plain. But contemporary politics and large parts of economic sciences have not yet arrived at the insight that a partial de-coupling of labour and income is an imperative in post-industrial and highly automated economies. A result of obsolete paradigms?

It is up to the young generations in politics and public administration to redesign the economy and political institutions according to these new facts and insights. It is time to explore, discover and utilize the unprecedented levels of technological advance as an economic and cultural opportunity. 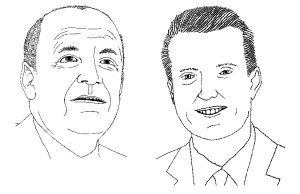 André Presse is research associate at the Interdisciplinary Institute of Entrepreneurship atthe University of Karlsruhe.

This article originally appeared in the “New dimensions
of governance in politics, the private sector and civil society” Edition of Schlossplatz3 in Fall 2006. From 2006 to 2014 Schlossplatz3 was the official student magazine of the Hertie School of Governance.