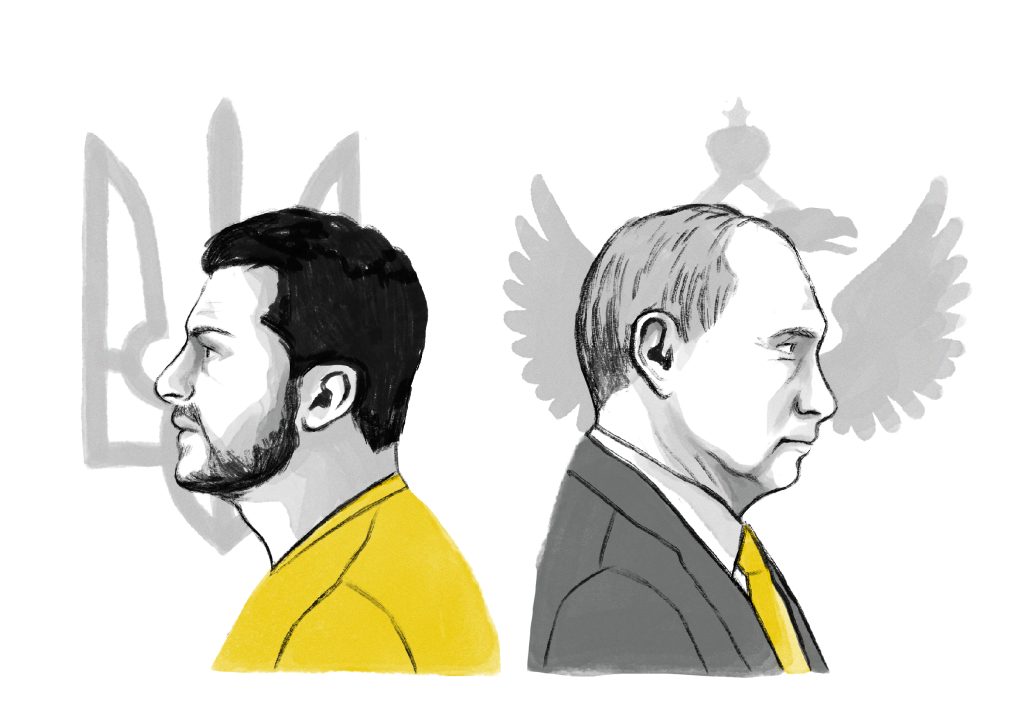 More than two months after the beginning of the conflict in Ukraine, the cost of this war continues to rise. As of the end of March, more than 1,600 civilians have perished and millions have been sent off on the road to Western Europe. While the shocking images of despair have not led to a military intervention, Western powers have, however, deployed an arsenal of economic sanctions against the Kremlin.

In the days following Russia’s aggression, the United States and Europe mobilised exceptional resources to crack down on Russian banks, products and oligarchs. Global corporations like Shell, Unilever, McDonald’s and Goldman Sachs ceased their operations in Russia, creating massive economic consequences for the country. In parallel, many Russian oligarchs have seen a part of their financial assets frozen.

Russia’s status as the largest exporter of gas, second-largest crude oil and third largest coal exporter has complicated the adoption of further retaliations, because of the risk of provoking an all-out international energy crisis. Despite this looming threat, Western powers have demonstrated a unified determination to suffocate Vladimir Putin’s ambitions over Ukraine.

In early March, President Joe Biden announced an embargo on Russian oil and gas, quickly followed by a similar ban issued by the UK. With less than 8% of its oil imported from Russia, the United States should only be mildly impacted by this decision. This sharply contrasts with European dependence on Russian fuel. Russia provides 30% of the gas, 25% of the oil, and 45% of the coal consumed in the EU. Leaders have therefore been facing an impossible dilemma: how to limit Russia’s economic and hence military capacity while avoiding a major energy crisis that would destabilise the world economy and balance ?

This question has recently revealed some divergence in the European response to Russian aggression. While President of the European Commission Ursula von der Leyen has repeated the EU’s determination to sanction Putin, for countries like Germany, which heavily rely on Russian fuel imports, an embargo would have a profound and potentially dangerous economic impact.

A number of avenues have been discussed in Brussels to reduce Europe’s dependence on Russian energy while potentially accelerating the transition towards a low-carbon economy.

In the short term, European countries need to compensate for the non-renewal of their natural gas contracts with Russia which are due to expire in 2022. Countries like Norway, the United States, or Qatar could make up for part of the loss of Russian supply and substantially weaken Russia’s economic leverage. While OPEC countries have so far refused to increase their oil output, Biden’s revival of the Iran Nuclear Deal could potentially provide an additional 1.5 million barrels of oil per day. Yet, these measures are unlikely to compensate for Russia’s massive contribution to the European fossil fuel tap.

Coal is the most rapidly deployable and cheap option in this  emergency. Although the United States and Australia could together replace up to 70% of Russian coal imports, this would also mean delaying the EU’s environmental pledge. Nevertheless, this could appear as a small price to pay for limiting Putin’s capacity while avoiding an all-out energy crisis in Europe.

In the long term, Brussels’ plan has focused on accelerating the development of non-carbon sources. While solar power remains the most practical immediate solution, a number of wind power projects have already been approved by European authorities. Countries like France and Germany are also considering extending the life of existing nuclear and coal power stations at the risk of creating national tensions. Despite this, existing energy infrastructures such as Nord Stream I and (potentially) II, are limiting Europe’s ability to completely turn their back on the Kremlin.

Western leaders are finding themselves in an extremely complicated situation where their long-established energy dependence and compliance towards Russia are fueling instability in Europe and beyond. Even with unprecedented unity, it is unlikely that the EU will be able to drastically reduce or diversify its energy consumption on such short notice.

In the meantime, this crisis has directly translated into rising prices around the world. With the reopening of the economy earlier this year, inflation had already been soaring due to rising energy demand and supply chain disruptions.

Against this backdrop, Russia’s assault on Ukraine prompted an alarming surge in oil and gas prices over the last few weeks. Oil prices have nearly seen a 10% increase since the beginning of the month and are likely to continue rising depending on the evolution of the war.

Consumers across the world are impacted first-hand by this increase in energy costs but also in agricultural and manufactured goods. With Ukraine and Russia respectively accounting for around 10% and 20% of global wheat exports, food prices are being deeply impacted by this conflict. European economies are likely to quickly see this trend reflected in growth expectations as early as the next quarter.

In the near future, European consumers will have to withstand an increase in prices, a fragilisation of their economy, and millions of Ukrainians arriving in the Union. This dangerous combination is likely to have serious consequences on the political and economic stability of the continent in the coming months. So far, consumers have been willing to make some sacrifices in the face of the violence perpetrated by the Kremlin, but for how long? While peace talks had taken place in the beginning of April, the recent weeks have seen an escalation of Russia’s offensive and American involvement with the risk of seeing this conflict last in the future.

The risk of a  democratic and social crisis

Combined, the increase in energy and food prices disproportionately impact lower-income segments of the population. Although Western authorities have explored several mechanisms to limit the severity of inflation, the Covid-related accumulated debt is likely to limit their economic capabilities. In response, American and European democracies are likely to have to face massive political instability caused by dissatisfied voters.

On Saturday March 12th, the French gilets jaunes once again took to the streets to protest against the mounting prices. America’s midterm elections next November could also reflect a profound discontent amongst voters impacted by inflation. As the main recipients of Ukrainian and Russian wheat imports, the Middle East and North Africa could also face political instability caused by rampant food insecurity.

Putin’s decision to invade Ukraine has not only caused an unprecedented military and diplomatic crisis in Europe but is already threatening long-term economic, democratic and political stability across the world. While the consequences of this war will be primarily felt in Europe, the involvement of major international players in this confrontation does not bode well for the world order. Inflationary pressures from Europe, to the United States or the Middle East will likely have severe economic consequences and fuel into political discontent. In Russia itself, the population will directly suffer the economic and humanitarian consequences of the decisions taken by their leader. Although peace talks between Russia and Ukraine could alleviate some of these pressures, the economic disruption caused by the war will not fade away with the end of the conflict.

This episode has painfully demonstrated the dangerous European reliance on its neighbour’s resources and forced it to reconsider its diplomatic and economic alliances. European leaders have therefore understood the necessity to create a unified plan to ensure a more sustainable and sovereign energy strategy in the long term. The EU’s decision to jointly buy fossil fuels, confirmed by a first meeting earlier this month, is a promising step in this direction.

Although this crisis could be a vector for profound world instability, it is also demonstrating the Western block’s capacity to unify against a common threat and mobilise to support the millions of Ukrainian refugees. In a future where authoritarian leaders could act upon their willingness to attack peace and stability across the world, this renewed trust between Western democracies will prove extremely valuable.

Lena Faucher is a fourth-year student in the Dual Bachelor between Sciences Po and the University of British Columbia. After having specialized in economics and finance in Sciences Po, Lena is now completing an International Relations major at UBC. She is particularly interested in European foreign policy, political economy and more recently in sustainable economics. She wishes to pursue a master’s degree in international relations and/or economics next year.