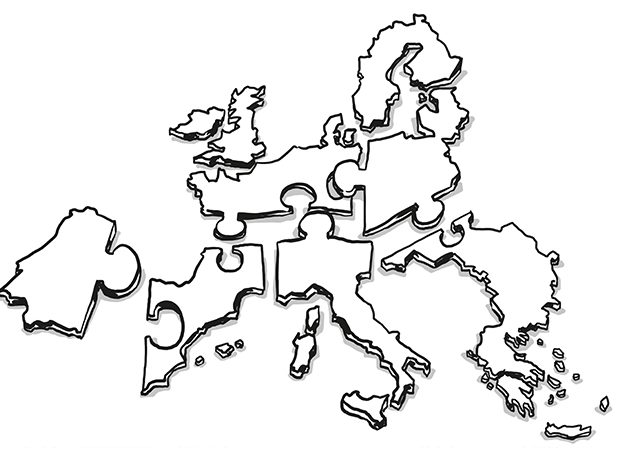 Where is Moldova’s place on the geo-political map of the world? Is it the EU’s “close partner” or Moscow’s puppet? For years, Moldova has balanced European ambitions and rapprochement with Moscow. The election of the pro-European candidate for the presidency, Maia Sandu, marked a historical moment for the Eastern country. In spite of the victory, vehement division continues to dominate Moldovan political life.

On November 1, ex-prime minister Maia Sandu won the second round of the presidential elections in Moldova with 57% of the vote against her adversary, the pro-Russian candidate and former President, Igor Dodon. With 55% election participation, the highest election turnout since 2010,  Moldovans chose Sandu’s anti-corruption promises over the stability stipulated by her opponent. Although Sandu’s victory was in favour of a European orientation of the country, voting patterns illustrated internal political fractures. Sandu enjoyed the support of young people and inhabitants of big cities, as well as the diaspora abroad (of which 93% voted for her, tipping the scales in her favour). Dodon, on the other hand, obtained votes from the rural areas and those from the pro-Russian regions Transnistria and Gagauzia.

Birth of the Fractured Moldovan Nation
On the crossroads between the Western world and Russia, Moldova’s geography predetermined its history and politics. Part of Romania until its integration into the Soviet Union, Moldova is culturally, historically, and linguistically linked to its western neighbour. Since the fall of the USSR and the proclamation of its independence, the Republic of Moldova has been a mosaic of different ethnic groups. It is often described as a “nationalizing state” composed of different parties and individuals with competing political positions and diverging visions of what identity Moldova needs to build.

Moldova’s uncertain national identity led to the rise of separatism in some regions of the country, namely Transnistria and Gagauzia. Transnistria, the enclave on the eastern banks of the Dniester River, proclaimed its independence from Moldova in 1992 after an armed conflict in which Russia assisted Russian-speaking separatists. Russia supports the separatist entity in many ways, including a sustained Russian military presence. Gagauzia, the southern region, close to the border with Ukraine, on the other hand, has enjoyed significant autonomy and a special legal status. Beneficiaries of Russian aid, the separatist regions advocate closer ties with Russia, while the diaspora, as well as young, educated Moldovans in urban areas, urge on the country’s pro-Western integration. The latter consider the natural political and economic progression of the country to be towards the EU. Although Russia was long Moldova’s main trade partner, accounting for 40% of its trade in the first years after its independence, it currently represents only 10% of the country’s dealings. This important decrease is due to the Russian embargo and tariffs after Moldova’s signature of the Association Agreement with the EU, which led to a shift towards the European market and made the EU Moldova’s main economic partner.

New Chess Strategy for Moldova’s Leadership
Harvard-educated technocrat Maia Sandu is not new to Moldovan politics. She is a former Minister of Education, World Bank economist, and Prime Minister of Moldova. Her election is considered revolutionary for the country as she is not only the first Western-educated, but also the first female President. She pledges to combat widespread corruption, to encourage economic growth, and to stop the “brain-drain” of young Moldovans. As for foreign policy, she aims  for the restoration of strategic dialogue with Moldova’s neighbours, Ukraine and Romania, as well as with the European Union and the United States. Her balanced approach does not exclude partnership with Russia, but her priority is to build on the country’s Association Agreement with the EU. Part of the Eastern Partnership, the latter was signed in 2014, removing tariffs for goods and the visa regime, and facilitating Moldova’s access to the European market.

Her political agenda is completely opposed to the previous leadership of the country. Former President Igor Dodon supported the idea of so-called “balanced politics”, based on the creation of “a big Europe from Lisbon to Vladivostok”.  He never visited neighboring Romania or Ukraine, but paid 21 visits to Russia during his four years of presidency. As for Transnistria, at first he promoted the idea of a federation, but later expressed his support for giving Transnistria autonomous status.

Sandu’s first initiatives as President confirmed her initial pro-Western focus and her desire to end the isolation established by Dodon. As part of her European agenda, she visited Bucharest, Kiev, and Brussels. She objected to the Party of Socialists’s proposition of legislation on the status of the Russian language as the inter-ethnic language in the country and was supported in this by the Constitutional Court.

Moldova: A Challenging Chess Puzzle
Although the new President’s ambitions seem promising, she is facing some significant challenges. Riddled with corruption, the country gained international fame after the bank-fraud scandal that deprived it of $1 billion – 12% of its annual GDP. Moldova is among the poorest countries in Europe, ranking 115th according to the Corruption Perceptions Index, with the lowest Human Development Index in Europe. Not to mention emigration of Moldovans has increased – accounting for a third of the population. The diaspora became an essential part of Moldova’s economy as remittances grew into 16% of its GDP. Last year, the country concluded an agreement with the International Monetary Fund, which ensures funding under the condition of strengthening the independence of central-banking, fiscal discipline, and supervision of the financial sector. In this context, assuring stable governance is critical for Moldova’s development and Sandu’s program.

Occupying 11% of Moldova’s territory, 17% of its population and more than a third of its GDP, Transnistria represents another major challenge. In an interview, Sandu urged for the withdrawal of Russian troops from Transnistria and proposed their replacement by civilian monitoring from the OSCE as a first step towards resolution. Moscow reacted strongly to this proposal, accusing the President of irresponsibility, and stating that Russian peacekeepers prevent the break-out of a new conflict. Transnistria’s attitude towards the newly elected president, as well as Russia’s response to the situation, will not facilitate Sandu’s task of  finding a compromise for the long-frozen conflict.

Political Stalemate for Sandu
Probably the most important challenge that the pro-European president will have to overcome is the parliament, dominated by Socialist MPs loyal to Dodon. As Moldova is a parliamentary republic, the president has limited prerogative. The first clashes happened in November when members of parliament decided to transfer control of the state security services from the president to the parliament, thereby reducing presidential powers. The reform was met with hostility by thousands of protesters who flooded the streets and demanded the government’s resignation.

After the government’s departure on December 28, Sandu nominated her former finance minister, Natalia Gavrilita, for prime minister and called for a snap election, something Dodon’s Socialists are determined to avoid. The new president stated that elections are “the only way out of the political impasse”. As Gavrilita did not get enough votes in the parliament, President Sandu nominated her for a second time, expecting to be allowed to dissolve parliament after a second rejection – an action deemed unconstitutional by Moldova’s Constitutional Court. Sandu also rejected the candidate of the Socialist party, stating that she cannot support the “corrupt parliamentary majority”. Determined to pursue her objective, she announced her intention to seek Constitutional Court’s approval to dissolve parliament and call a snap election. The provisional government imperiled her plans, declaring a state of emergency until the end of May due to the pandemic, an action considered to be against the president.

Maia Sandu’s victory and the following protests against the pro-Russian government show voters’ frustration with oligarchic politics and foreign politics’ limitation to partnership with Russia. It is certain that we will see more of the growing political influence of the diaspora in determining the pro-Western course of the country. As for Transnistria, due to Russia’s unwillingness to cooperate, progress is unlikely to be seen. Indeed, the realisation of any reforms will be challenging if the parliament does not support the newly elected President. 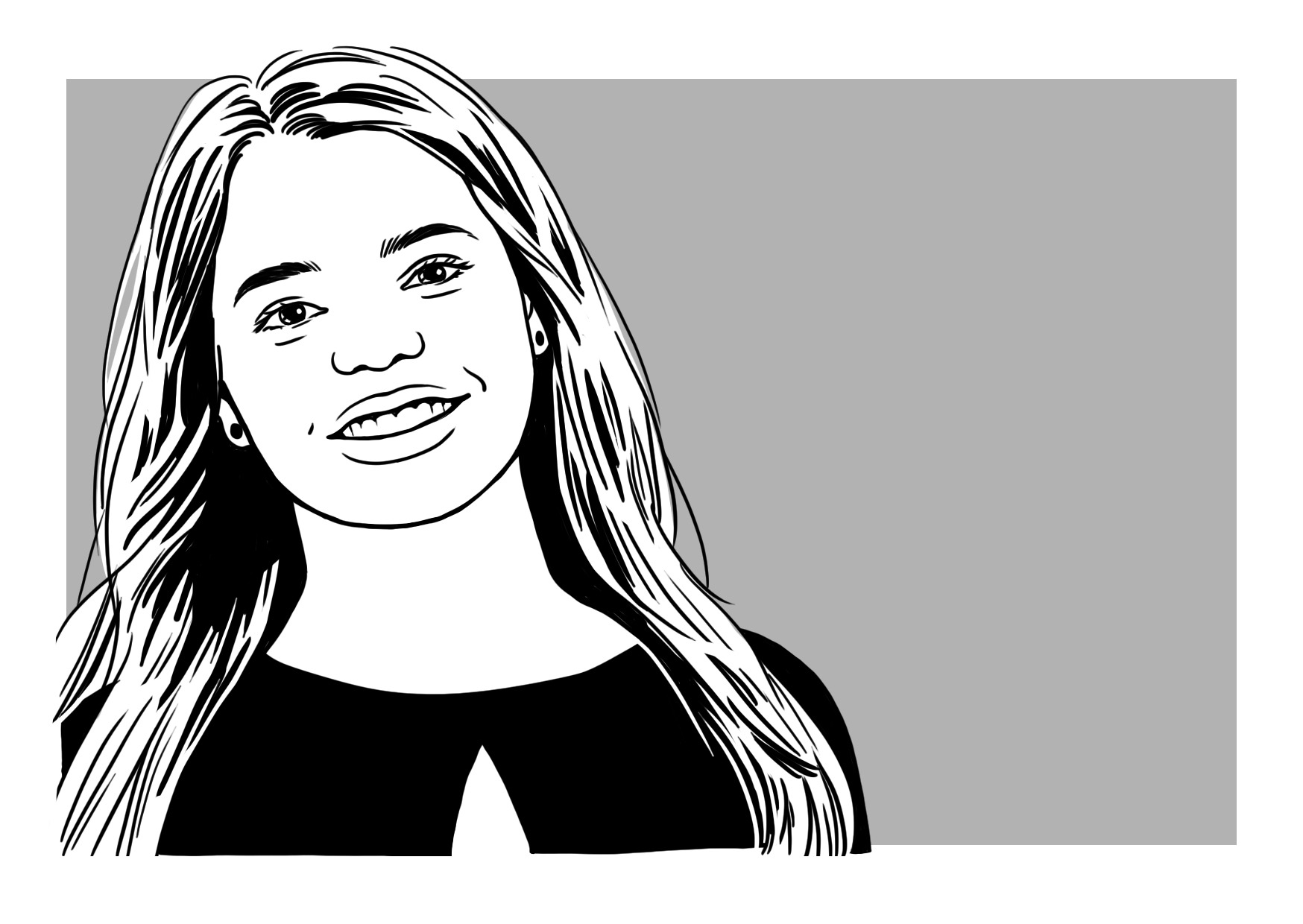 Freshly graduated from Sciences Po’s Europe-oriented Bachelor’s program in Dijon, Yoanna is currently pursuing a Master’s degree in International Public Management with a concentration on Europe at PSIA. Originally from Bulgaria, she moved to France for her studies and spent her third year abroad in Russia. She has completed multiple internships in government and European structures.