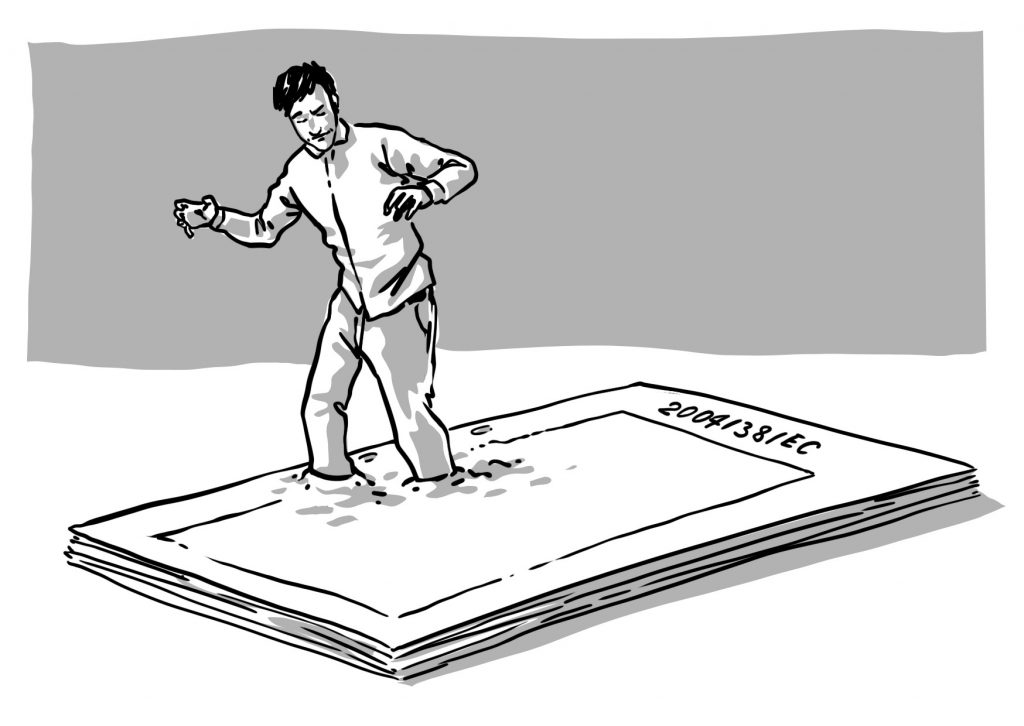 North Americans seem to have no problem considering Europe as one, well-oiled, unified whole. So why don’t Europeans? Especially given the impending European elections, why don’t people care more about the EU? Something considerably fundamental to the wellbeing and continuation of the European institution seems to be lacking – people who care about it.

Oftentimes, when discussing vacation plans with my Canadian friends back home, their answer to “Where are you going on holiday” generates a one-word response: “Europe!”

Ah, yes. Europe. Is it France? Germany? Croatia? Doesn’t matter: it’s Europe. I mean let’s face it, no European has ever gone on holidays to “North America”. In fact, no one has even said that since Columbus and that was an accident.

But, is it really the economic union that makes us North Americans consider Europe as the bigger, better, sum of its individual parts? Arguably not. Chalk it up perhaps to proximity, better train connections, a shared currency and what can be seen, at least from the outside, as a more common history. Maybe call it practicality from our part? I mean 20 something countries is a lot to remember…

However, from the outside, it seems farfetched to believe that it is the EU that sews Europe together. And why should it?  It appears that Canadians, or North Americans for that matter, have no problem considering Europe as one, well-oiled, unified whole. So why don’t Europeans?

It is no secret that the experiment that is the European Union has created a continent far more interdependent than arguably any other. And despite the Union’s shortcomings, I have no qualms in considering it a success. It is however, far from perfect. Of course, it’s easy to point out the fissures in something that works fairly well but which remains flawed and faulty. And in that regard, the EU seems to be a pretty easy target.

But I ask myself, especially given the impending European elections, why don’t people care about the EU? I mean come on! It’s liberal institutionalism at its best! It’s political and economic cooperation! It’s 27…huh, 28 countries working together, beating the odds…it’s…it’s…ok I hear it now…it’s not so sexy. Actually, it’s unsexy. Especially considering those who feel like they were handed the short end of the stick (which seem to be most of its members).

Similar to Donald Trump’s election in 2016, Brexit blew out into the open both sides of the same coin (literally the same coin in 19 countries). Distrust and contempt blaring from one side. Hope and optimism from the other. And while Brexit might have been the wake-up call pro-EU activists were waiting for, one could also say that Brexit is overshadowing what could be some of the EU’s bigger life-threatening problems: lack of legitimacy, little transparency, populist uprisings etc. All factors that definitely impede its long-term survival.

However, the topic here is the general population’s apathy towards the institution as a whole. Something considerably fundamental for the wellbeing and continuation of any institution – people who care about it; or in this case…lack thereof.

For someone who can consider herself to be an outsider, when I look deeply at the inner functioning of the European Union, I can’t help but shudder. The complexity of competences, of who makes the decisions, from who gets elected to who gets appointed can make even the biggest policy nerd call a time out. I mean, how are you supposed to enjoy, let alone participate in something that is so convoluted. And for what?

While the effects and exclusive competences of the Union may very well exist (in the shapes of customs unions, competition regulation, monetary unions and fisheries – fun!), extremely few people feel the influence of the EU in their day to day lives. And while some may have a general comprehension of what EU has to offer, very few people really, truly understand and therefore care about the process. For most Europeans, the EU’s effects go unnoticed. Most people I’ve spoken to don’t even know how they can register to vote. And without wanting to be cynical, being on-board with the EU or even being pro-European won’t take someone to the ballot box.

Voter turnout in the European elections has been steadily declining since 1979, falling below 50% since 1999. However paradoxically, the EU’s powers and competences have been snowballing. But…who cares? Clearly only 43% of Europeans in 2014.

When Europeans go to vote in the EU elections this May, they will vote for a party that will send a list of individuals to represent them in the European parliament. But no one person is being directly voted in. If the EU was to fall flat on its face, nobody would know who’s face it would fall on. The faces of European parliamentarians are as unknown as their functions. And apathetic citizens are easy to dismiss because…well, they don’t make much noise. Concurrently, apathetic people translate into an apathetic society, locally, nationally or on a pan-European level.

On top of it all, the relatability of European politicians is depressing to say the least. Both Nigel Farage, notorious UKIP leader, to Guy Verhofstadt, president of the parliamentary group ALDE (Alliance of Liberals and Democrats for Europe), sworn enemies, espouse what can be described as a rather militant approach to the future of the EU. Now without trying to sound like a school teacher, is aggressive othering really the best approach? Such radical bipolarity: good versus evil. Divided versus united. In or out? How does this make people care?

For example, whilst on their pro-European crusade, European Council President Donald Tusk and Verhofstadt recently made the faux-pas of sending all Brexit supporters to hell…literally. For people who already feel disenchanted with the EU, why would they engage in a war in which they have no stakes? Why would they participate in an online or, even less likely, an offline feud, that honestly seems to be more founded in ego than anything else.

Now, this clearly isn’t meant to be a love letter to the EU. Nor is it even a call for people to care more. But the only cure for apathy is understanding. The remedy for indifference is to feel the impact of the actions and the choices we make. It’s about purpose. US novelist John Dos Passos said: “Apathy is one of the characteristic responses of any living organism when it is subjected to stimuli too intense or too complicated to cope with. The cure for apathy is comprehension.”

I’ll say it again: how are you meant to care about something you don’t understand. Something foreign, distant and remote. And sure, maybe this is adding to the problem without offering many solutions. Maybe the way to go is EU reform, or perhaps the effort for a more transparent, accessible process à la Ocasio-Cortez. But, before criticizing people for not participating in the oh-so important European electoral process, or sending dissenting opinions to hell, how about we focus on making them care about it first?